All Collections
Tracking
Why can't I sync Gusto contractors to ZipBooks?

Why can't I sync Gusto contractors to ZipBooks?

When connecting your Gusto and ZipBooks accounts, you may have noticed that contracted workers did not sync between the two apps. This is because 1099 contractors are handled differently than traditional employees—here's a little background:

When distinguishing between employees and contractors, there’s more to consider than hours and pay schedules. Employees can be part-time and contractors can make more than salary.

The IRS distinguishes between the two by whether the payer “has the right to control how the worker performs the services” or just to direct the result.

Employees, essentially provide their services under direction. They receive W-2s as their year-end tax forms and are typically hired indefinitely.

Independent contractors, also frequently called “freelancers” or "1099s" (because of the tax forms they receive), are hired to do a particular job or project. They are in control of how, when and where they perform their work, though the employer can accept or reject the result. They are professionals paid an agreed-upon rate for a particular service, and they do not receive a salary or employee benefits. Think graphic designers, copywriters, photographers, web developers, and event planners. 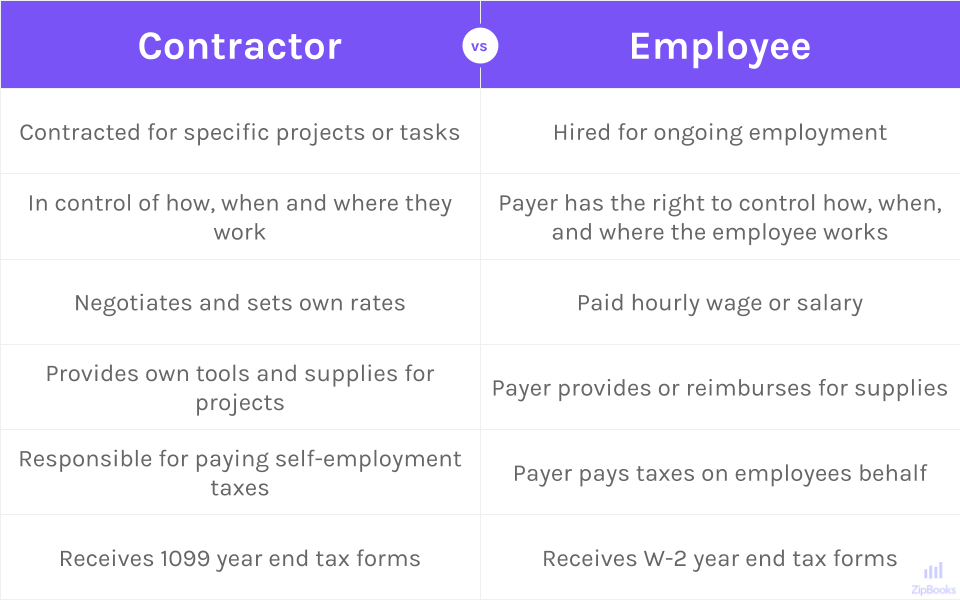 Note: If any of your ZipBooks team members are already listed in Gusto as Contractors, select "Don't add to Gusto" to avoid duplicates.