All Collections
Accounting 101
What is accounts receivable?

What is accounts receivable?

Written by Karin Hernandez
Updated over a week ago

Accounts receivable is the money that a company is owed, or has a right to, based on amounts due from customers who received goods or services from the company.

Once a customer pays the balance on an invoice, that amount is transferred from accounts receivable to whichever revenue account the income pertains to. 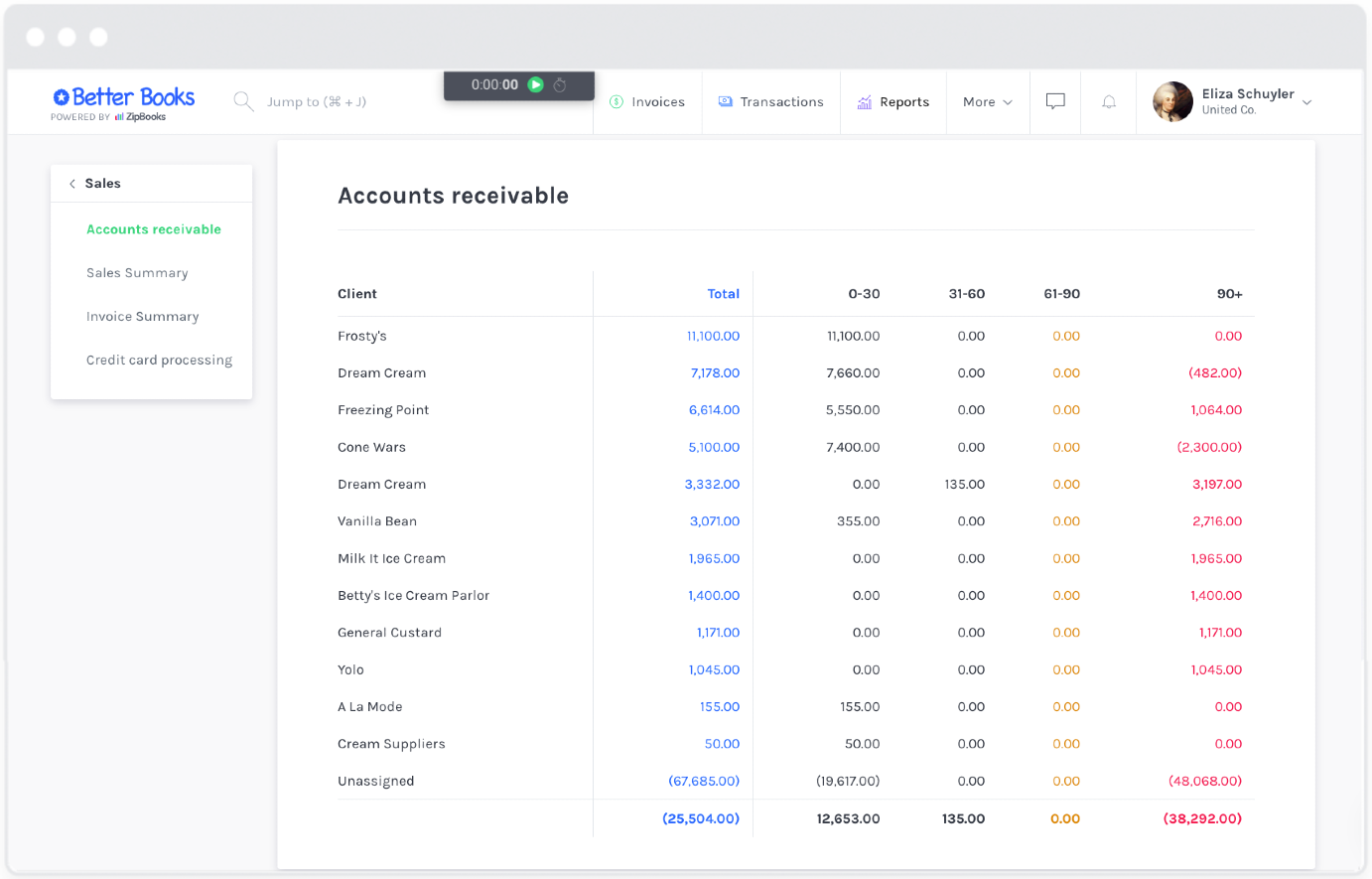 Let’s look at an example:

XYZ Co. makes and sells zippers for clothing. In January, they send invoices to ten different customers for payment on sales. The total of these ten invoices is $18,000, and that amount is shown in their accounts receivable balance.

Seven of the customers pay their balances the day they receive their invoice (Miraculous and unlikely? Probably.). The total of those seven invoices, which is $12,000, is then transferred to XYZ’s Zipper Revenue account. The remaining $6,000 is still classified as accounts receivable because it is money due to the company which hasn’t yet been paid.

When XYZ creates an accounts receivable report on their ZipBooks account, the balances of those invoices will appear under the column they pertain to (0-30, 31-60, etc.) based on how many days they’ve been outstanding (unpaid).

Now XYZ Co. can set up convenient ZipBooks automatic payment reminders for their customers with unpaid balances, so they can keep their cash flow positive and their business running smoothly!

For a full glossary of bookkeeping terms, check out our blog.